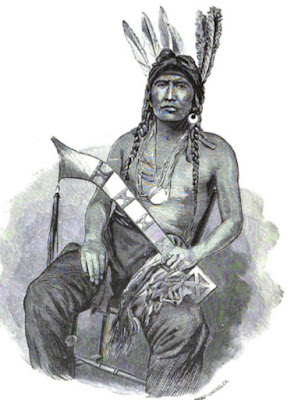 Chief Jerome Big Eagle recalled that most of his men were against joining in the Minnesota Sioux uprising, but eventually, they drifted into it.

Big Eagle gave several reasons for the conflict: “There was a great dissatisfaction among the Indians over many things the whites did. The whites would not let them go to war against their enemies.” (The Indian Commissioners put a halt to intertribal feuding. As a result, the Sioux could not keep up their ongoing feud with the Chippewa.)

“Then, the whites were always trying to make the Indians give up their life and live like white men. Go to farming, work hard, and do as they did—and the Indians did not know how to do that and did not want to, anyway.”[i]

Another problem was the traders.

When the annuities came, the traders were right there with their books. The Sioux didn’t keep books, so they could not deny the amounts the traders said they were owed. As a result, the government paid them whatever they asked for.

A lot of it came down to attitude. “Many of the whites always seemed to say by their manner when they saw an Indian, ‘I am better than you,’ and the Indians did not like this.”[ii]

And then, there was the war.

The Sioux heard all sorts of rumors. Rumors that the North was losing. Rumors that the government had run out of money to pay them. And that got the Sioux thinking that now might be a good time to turn things around and get their lands back.[iii]

The younger warriors on the Lower Agency formed a Soldiers’ Lodge at the beginning of July. They planned to keep all the annuity money for tribes rather than the customary practice of settling with the traders first. Captain Marsh at Fort Ridgely told the Sioux he would not interfere, but… things are never as easy as they seem.[iv]