General Lew Wallace’s career after the civil war was more impressive than anything he accomplished during the war. As Governor of the New Mexico Territory, he brokered a deal with Billy the Kid to turn himself in after the Lincoln County Wars, then thought the better of it. About that same time, he completed his bestselling novel, Ben Hur. Much later, it would be turned into a motion picture starring Charlton Heston.

Lew Wallace was with Ulysses S. Grant’s army almost from the start. He fought with him at Fort Henry and performed so well at Fort Donelson that he was promoted to major general.

Shiloh was a different story. Early in the morning, Grant sent Captain A. A. Baxter to order Wallace to march immediately to Pittsburg Landing. When Wallace did not show up by one o’clock, Grant dispatched Colonel McPherson and Captain Rowley to find him. As it turns out, Wallace took the wrong road and missed the entire first day of fighting.[i]

In his official report, Grant questioned Wallace’s choice of roads. “General Lewis Wallace, at Crump’s Landing, 6 miles below, was ordered at an early hour in the morning to hold his division in readiness to move in any direction to which it may be required. At about 11 o’clock, the order was delivered to move it up to Pittsburg but, owing to its being led by a circuitous route, did not arrive to take part in Sunday’s action.”

The mix-up would haunt Wallace for the remainder of his military career. 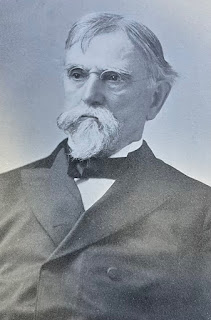